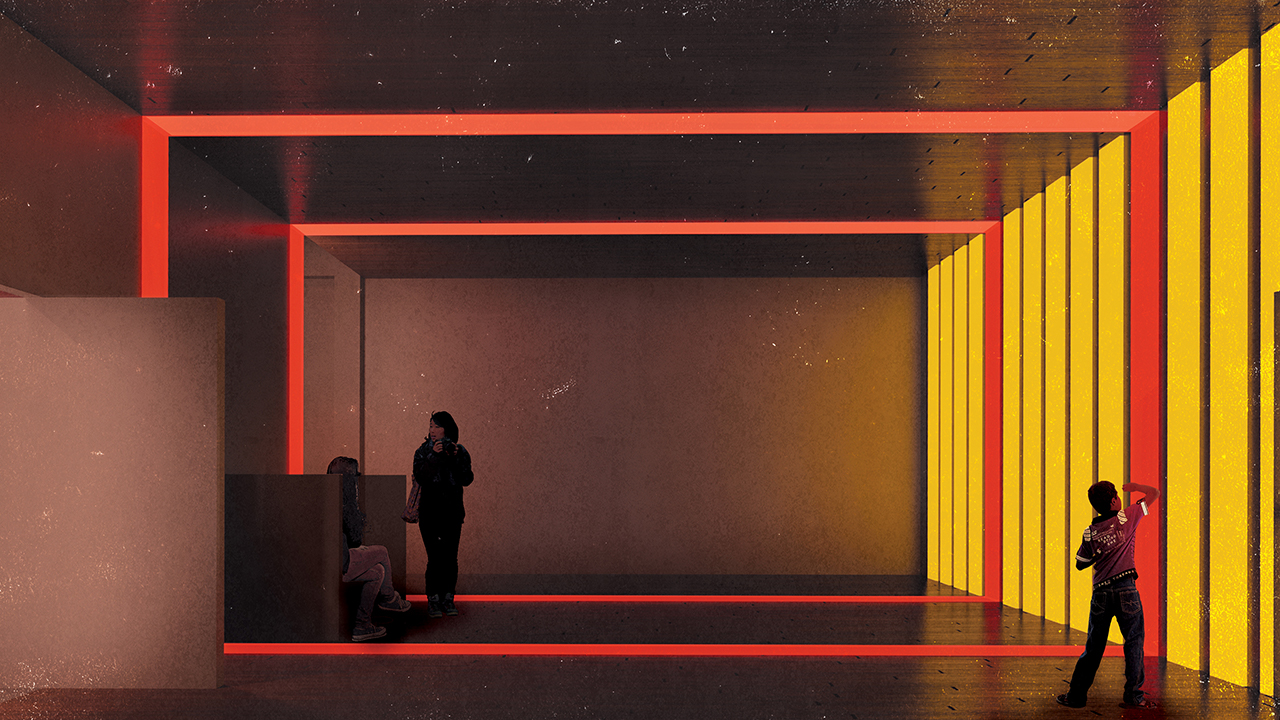 The introduction to the studio was initially written by Professor Gerard Damiani, and is paraphrased here.

This studio will focus on the writings and artistic output of Donald Judd as the intellectual underpinning of the studio, which will inform the spatial and detailing agenda of the studio project. Often considered an artist of obdurate space, Judd’s works are highly refined being conscious of their context (what he called fundamental realities), space, material, color and detail. An inspiration to architects such as Steven Holl and Herzog & de Meuron, the works of minimalist artist Donald Judd (1928-1994) spanned both art and architecture through a search for autonomy and clarity for the objects and the spaces they occupy."

The program will focus on a urban high-rise structure located in SoHo in New York City directly across from the Judd Foundation. The building is to be a high-rise construction (75 feet or higher) consisting of vertical galleries, a museum store, studio workspaces for visiting artists, and apartments.

The site is directly across the street from the Judd Foundation. 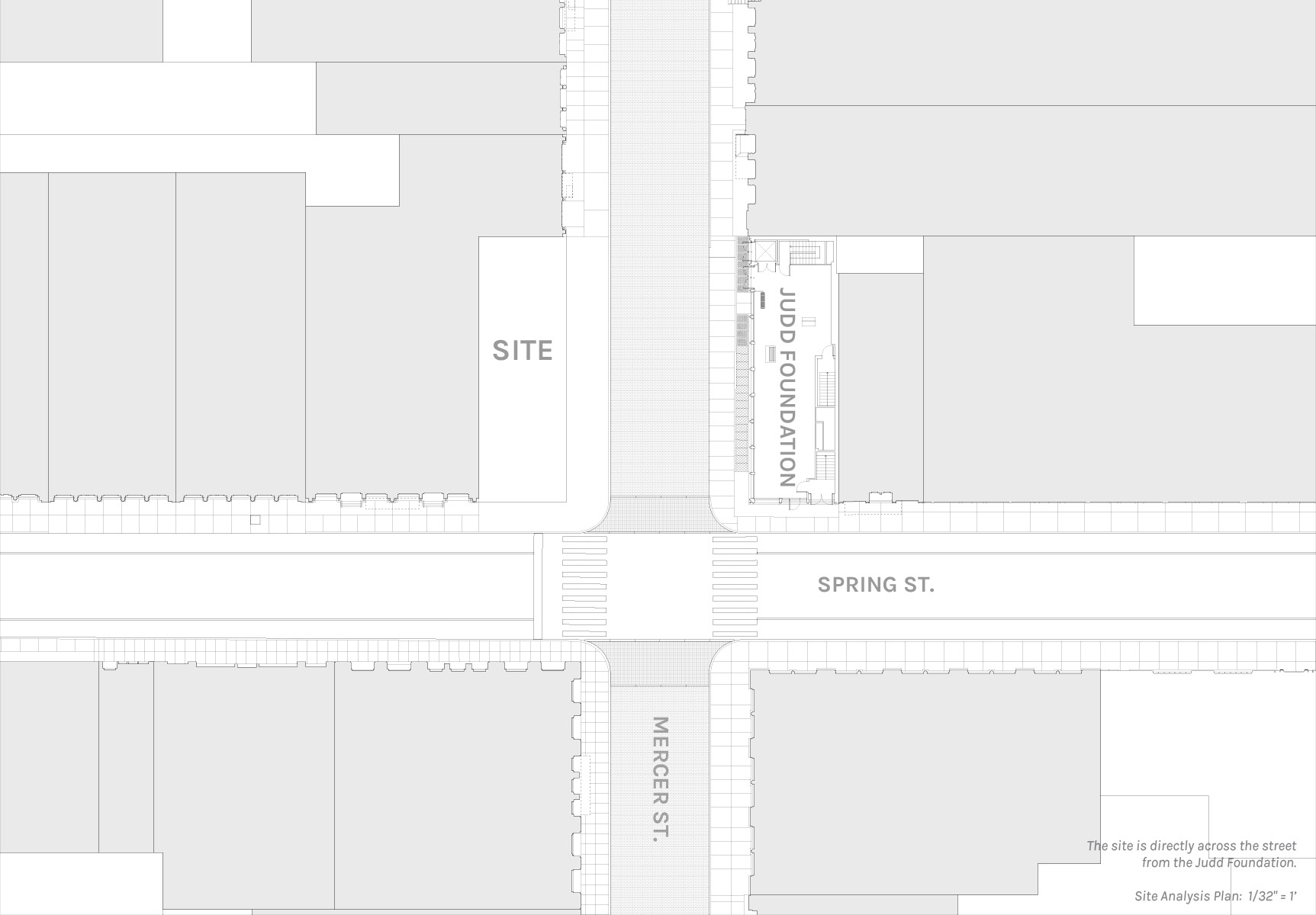 This section from Judd's writings looks at his renovation of 101 Spring St. as inspiration and precedent for many of his later works and for the Chinati Foundation. I found this statement insightful on his ideas as an artist and an architectural designer, particularly when understanding how he drew from his previous ideas as precedent for all of his later work, and that all of his pieces are inherently precedents of each other. 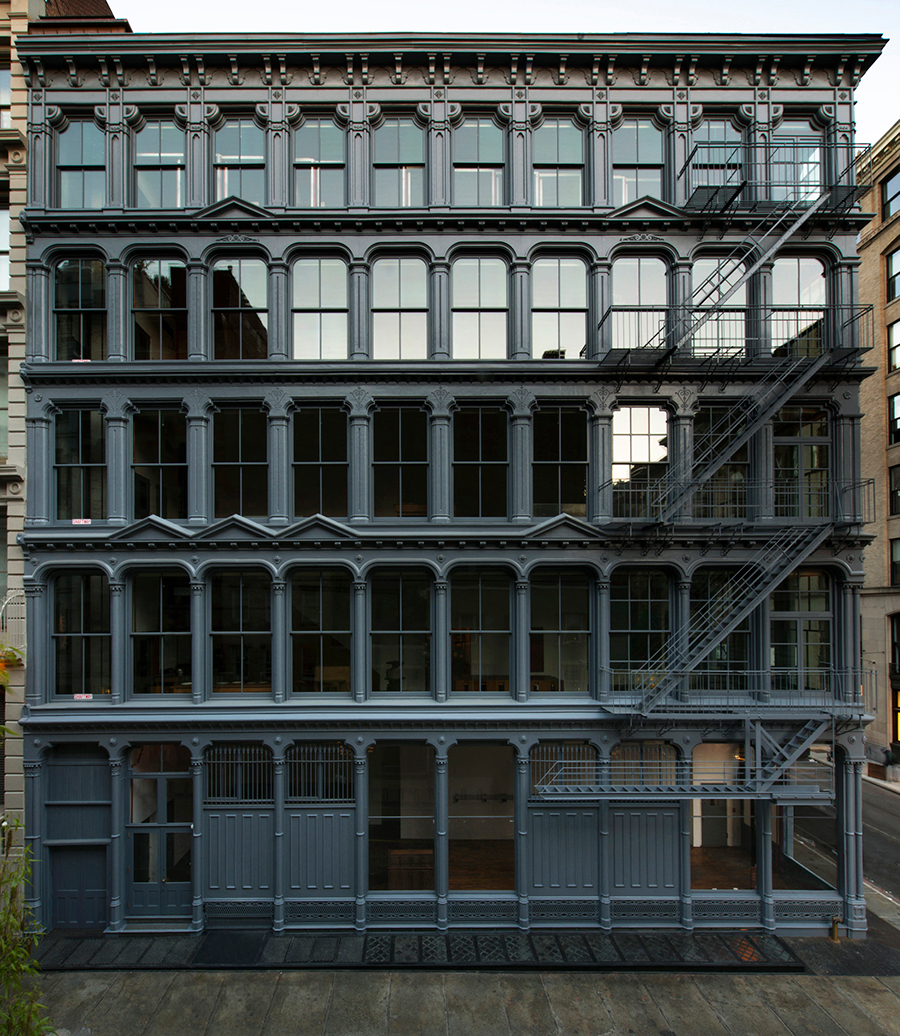 When visiting Marfa, I was struck by the incredible scale of each work in the 15 Untitled Works In Concrete. Each concrete piece that was cast and assembled on the site is of the same dimensions, making the layout of these pieces the varying factor in the designs. The potential habitable scale of these works left an impression on my experience at the Chinati Foundation, which I used as inspiration for creating habitable moments within my building.

For the exterior facade of the building, I chose to use a 10 x 3 bay system, as a reference to the same bay system as the adjacent 101 Spring St. This allowed the building to fit in with the rest of the Soho context, as well as draw a visual connection to the neighboring Judd Foundation. When considering the more detailed aspect of the exterior facade, I looked to another of Donald Judd's pieces, a small extruded colored aluminum piece that looked as though it could be an adaptation of a mullion. I saw this extrusion piece as a representation of what Judd would perhaps consider a 'detailed' piece in his design studies, and used it as inspiration for a Miesian, modernized, neo-classical facade system.

A larger collection of these works were later manufactured and displayed at the Judd Foundation (101 Spring St.) as an installation titled '15 x 105 x 15 Installation of 12 Extruded Aluminum Pieces.' 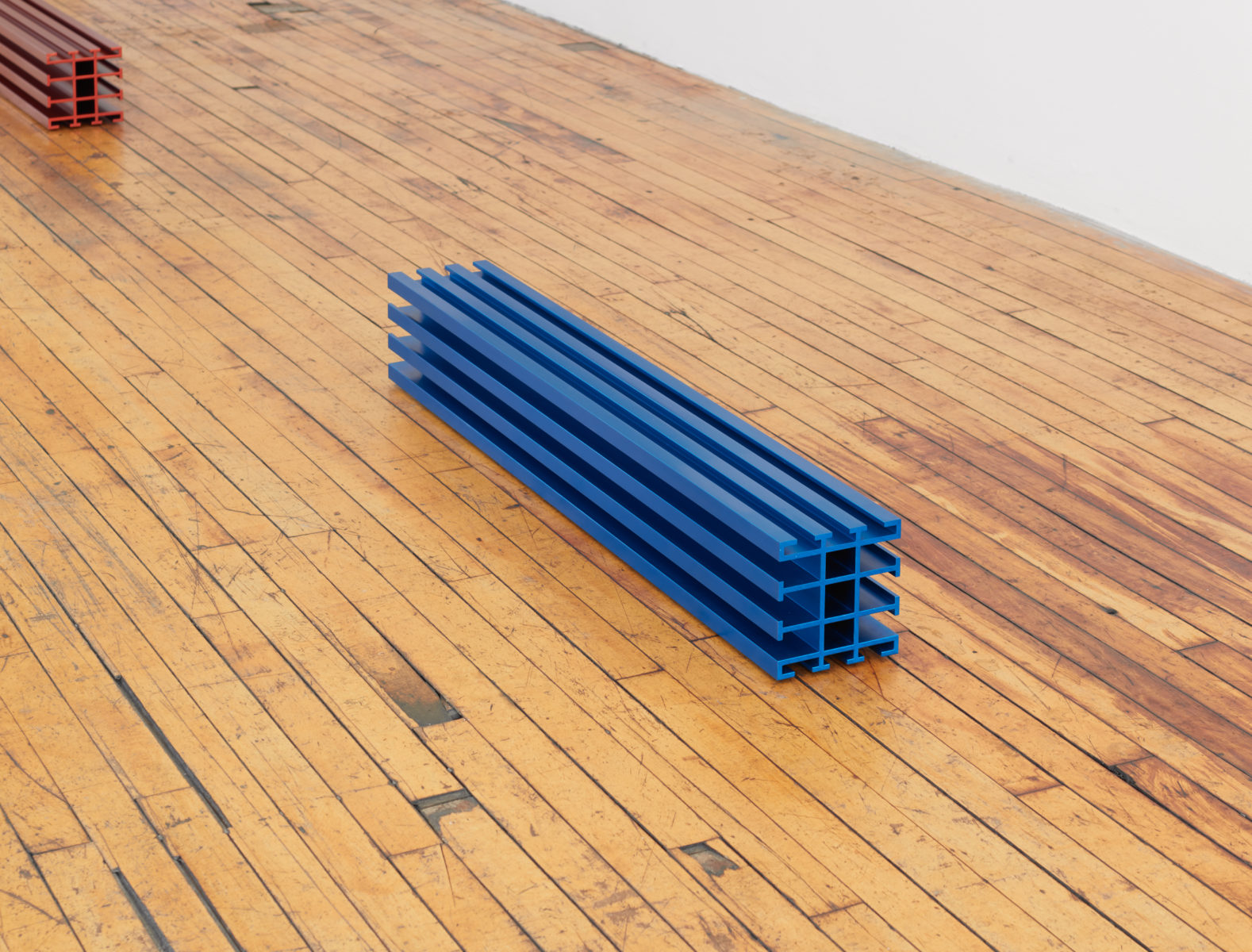 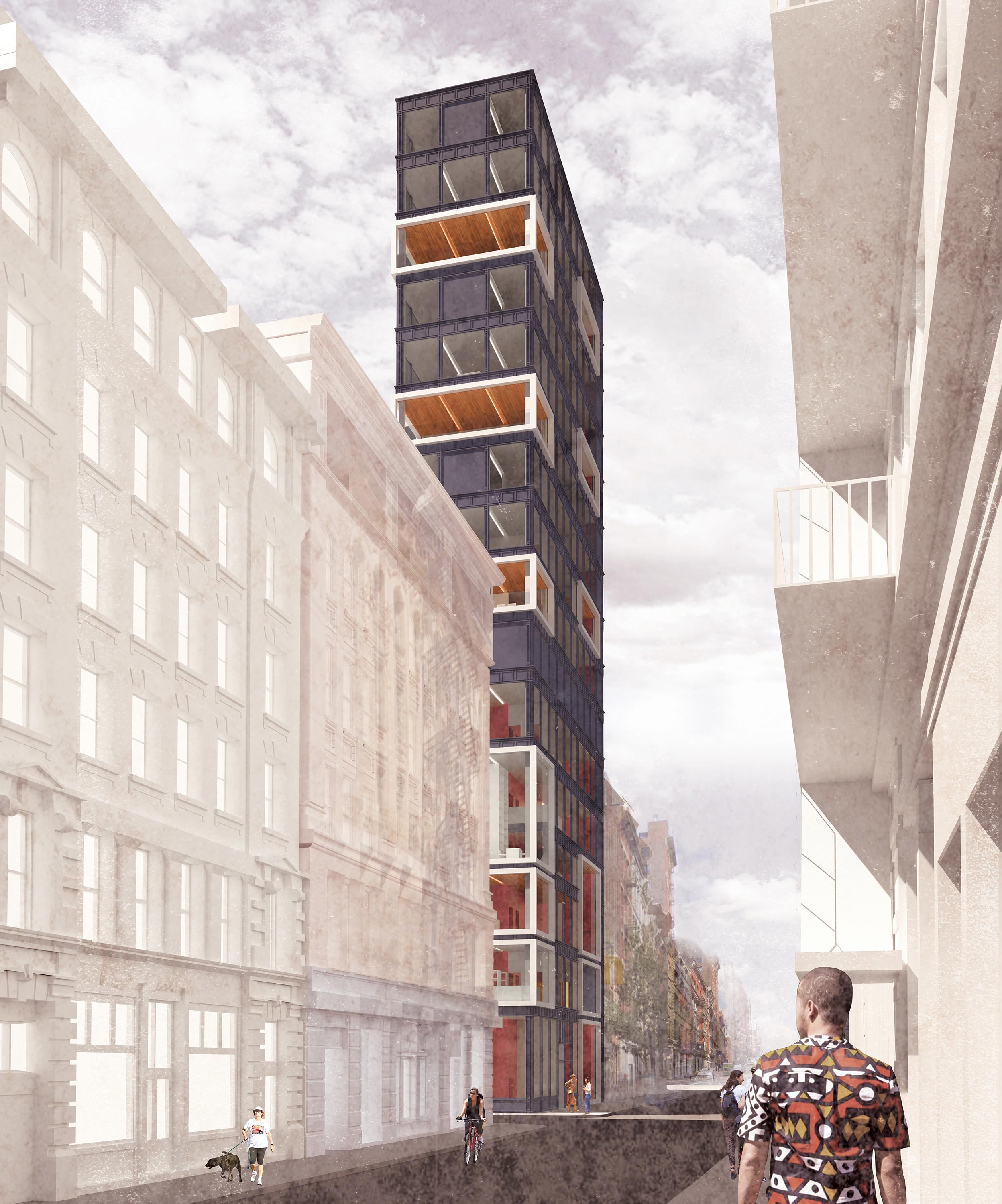 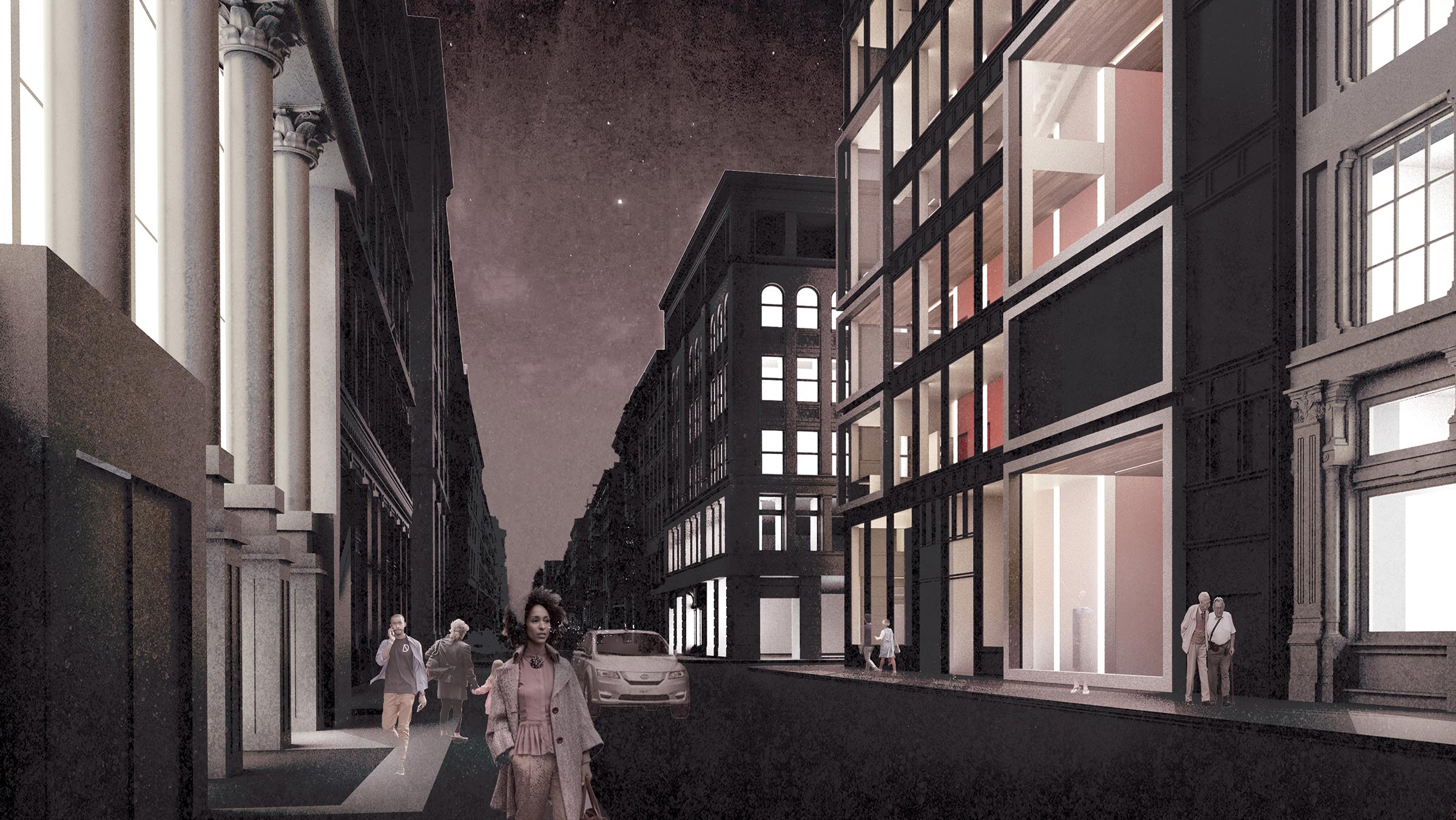 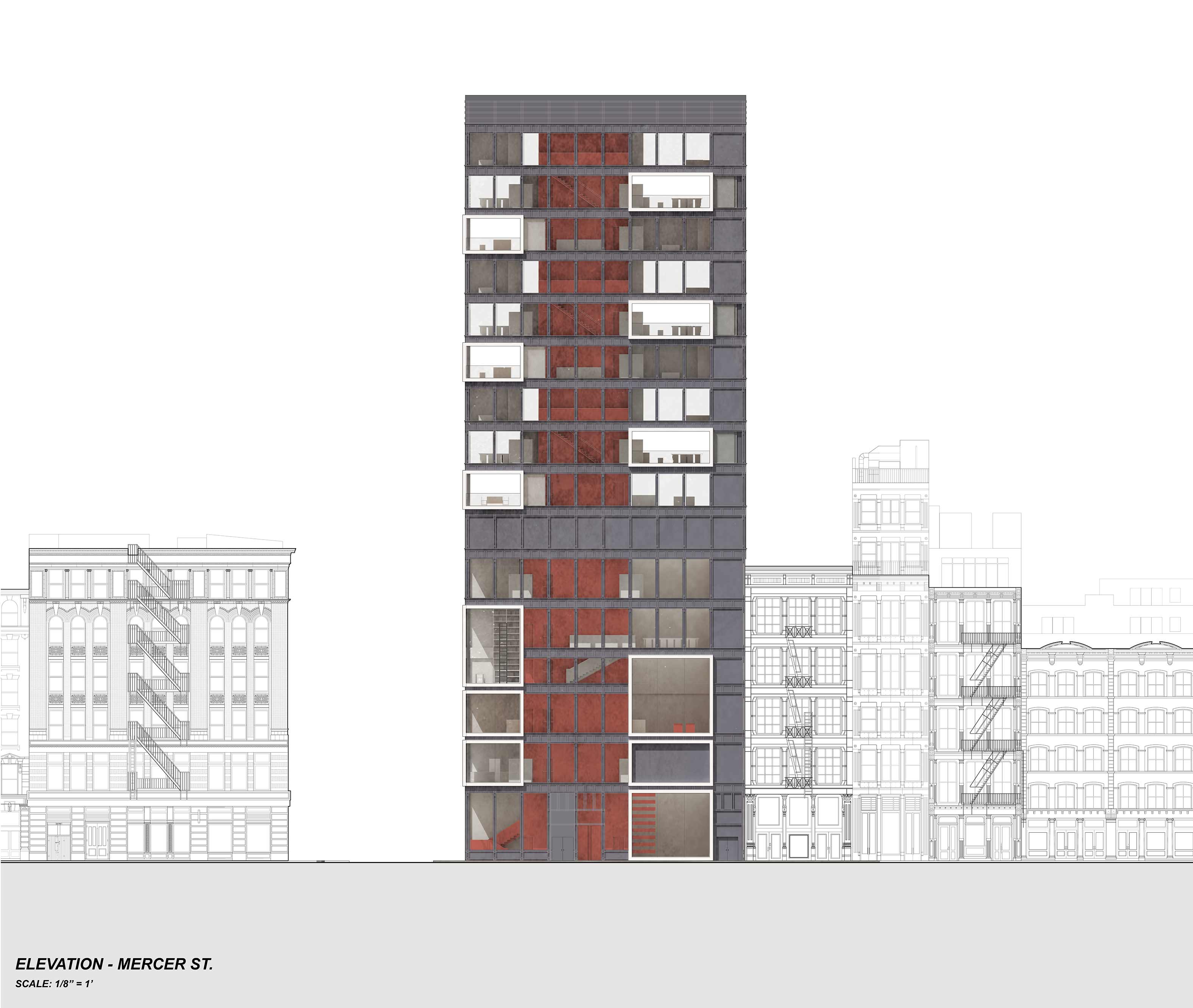 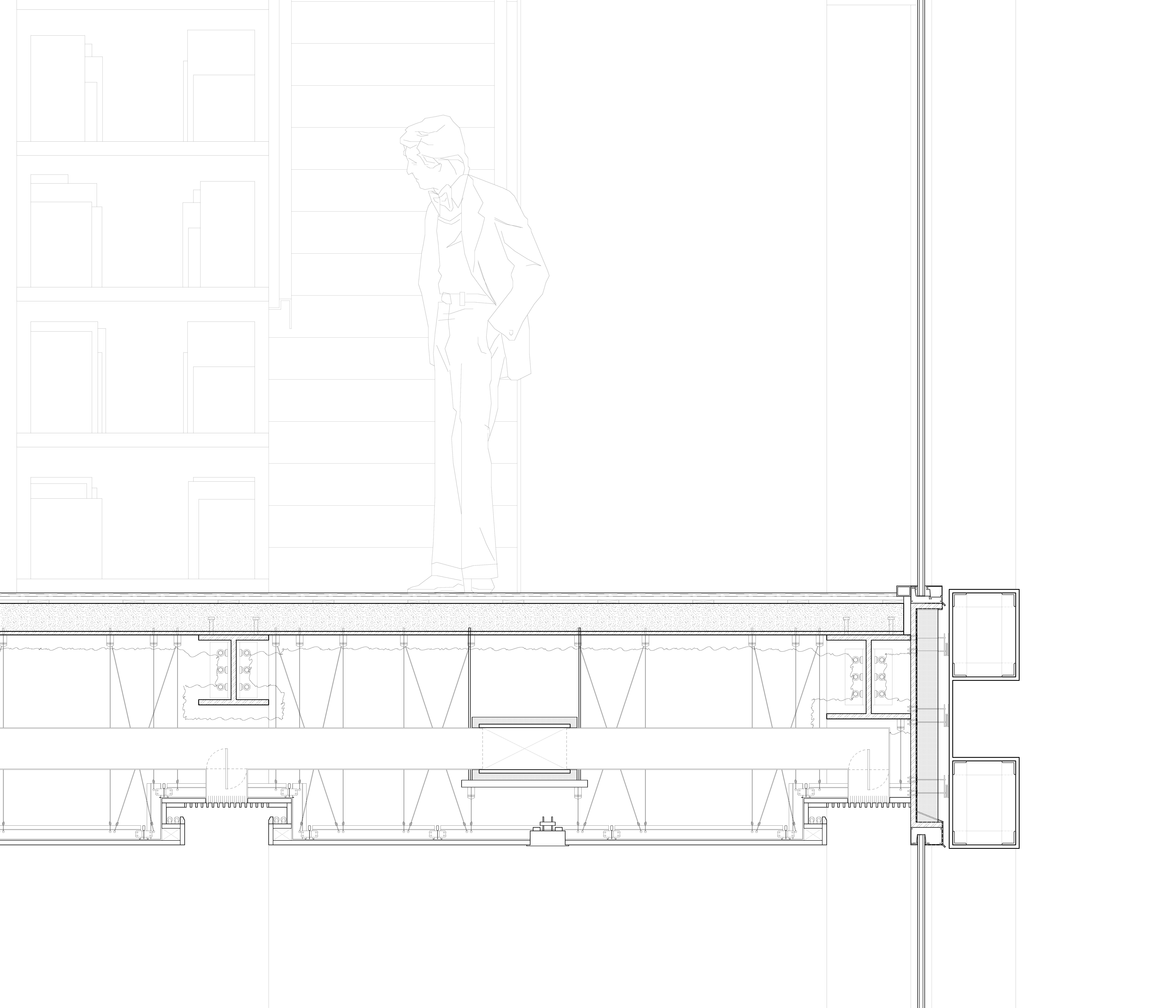 This mixed-use tower is to provide additional exhibition space for artists curated by Flavin and Rainer Judd. The spatial container provided must allow for artwork to be presented in a number of formats. 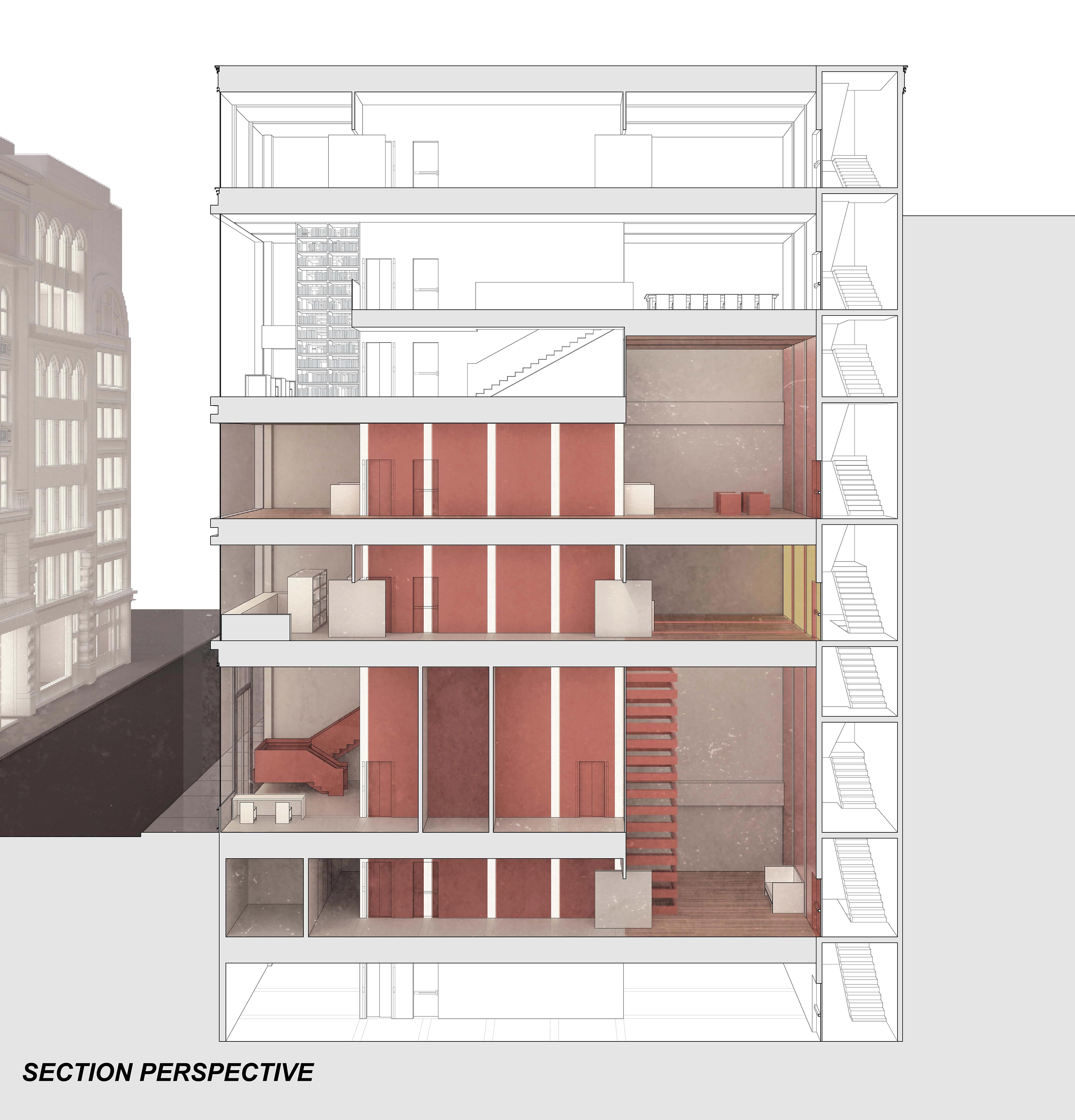 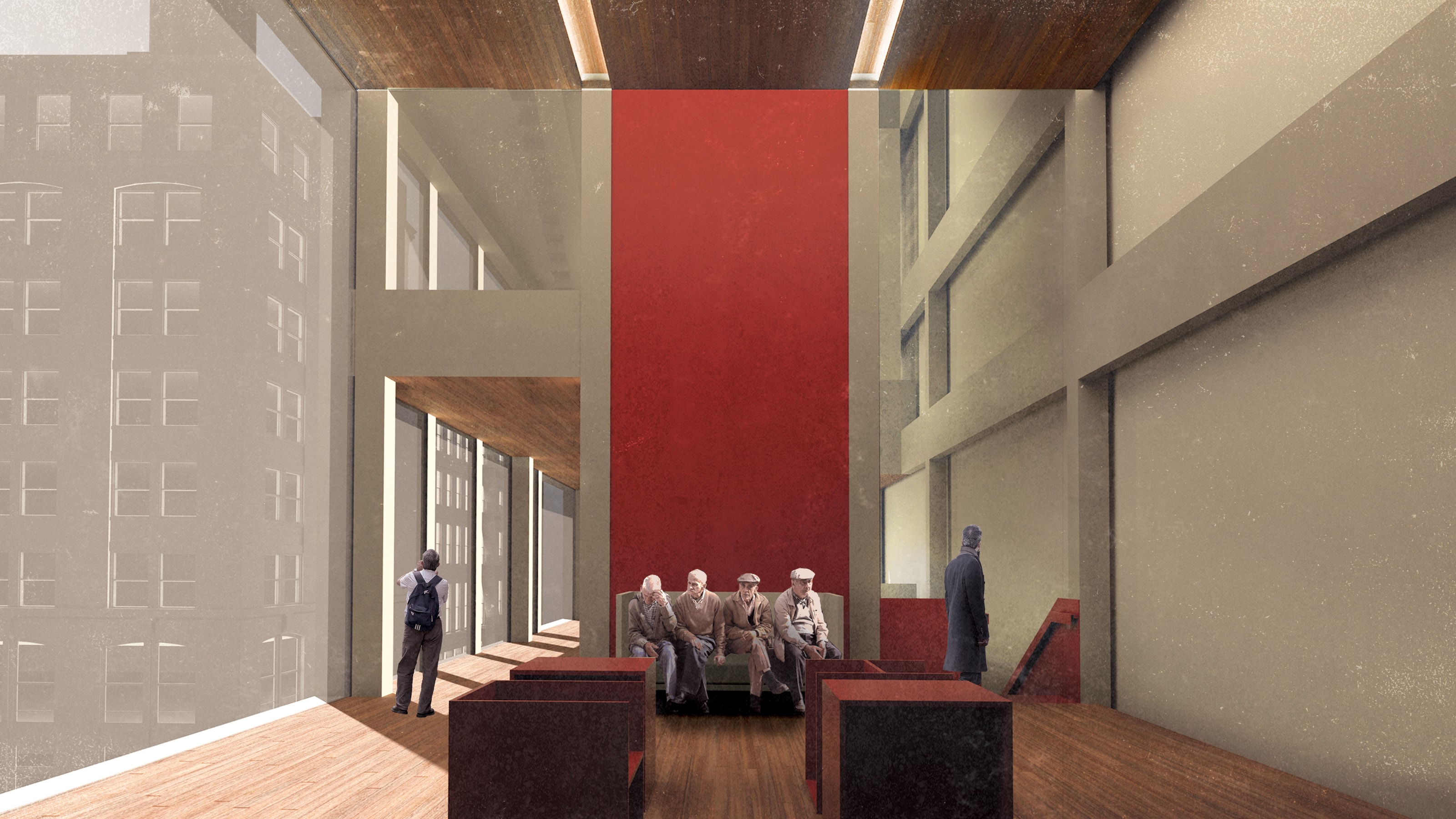 The residential tower is to accomodate any number of residences while creating an understanding of Donald Judd's residential spaces. 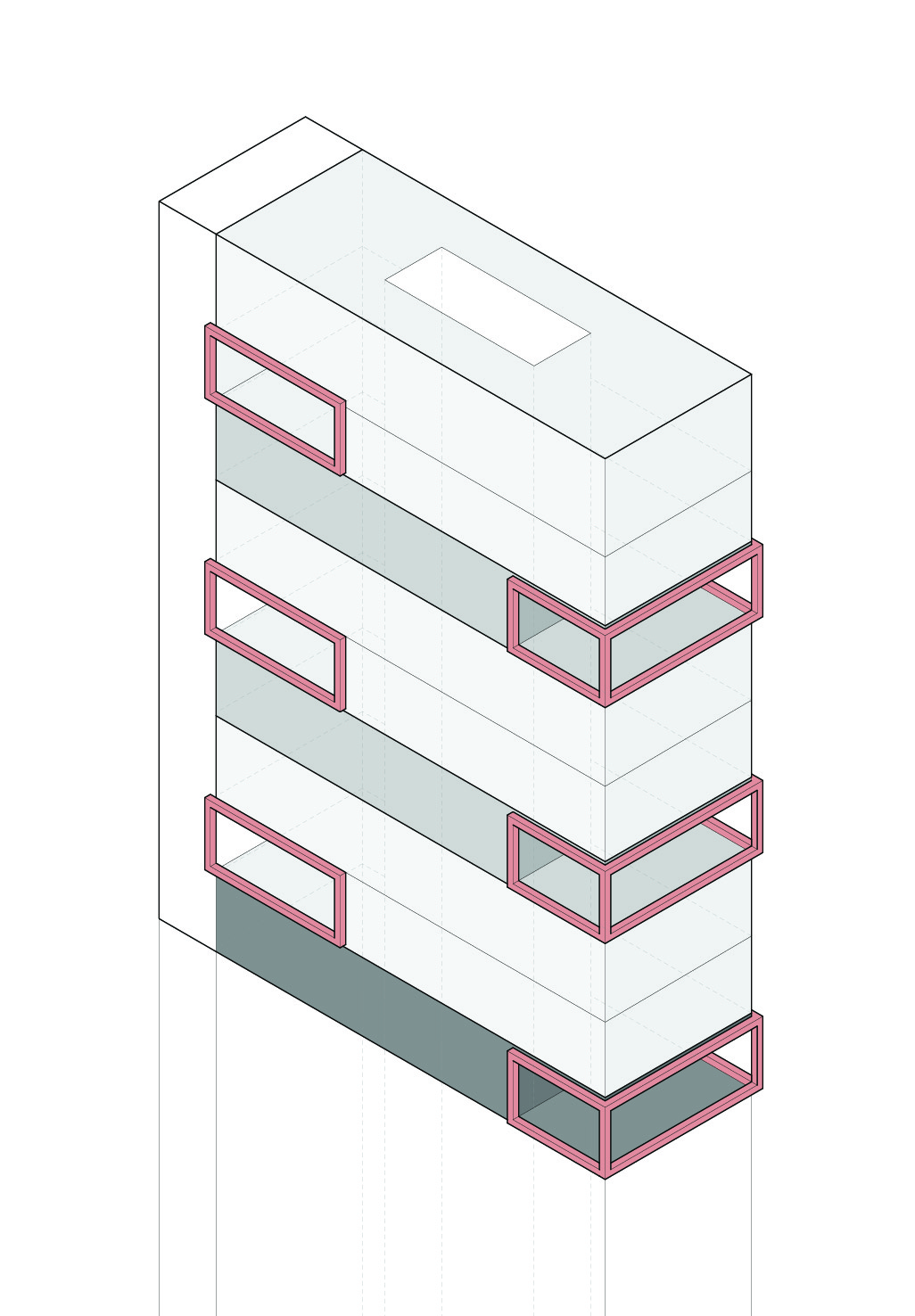 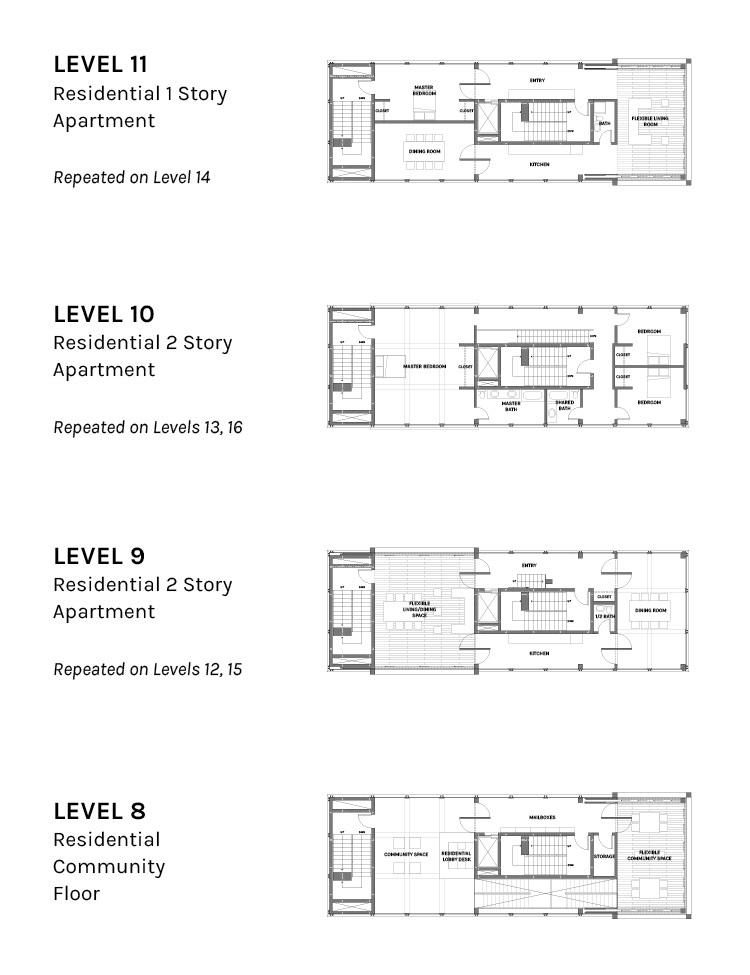 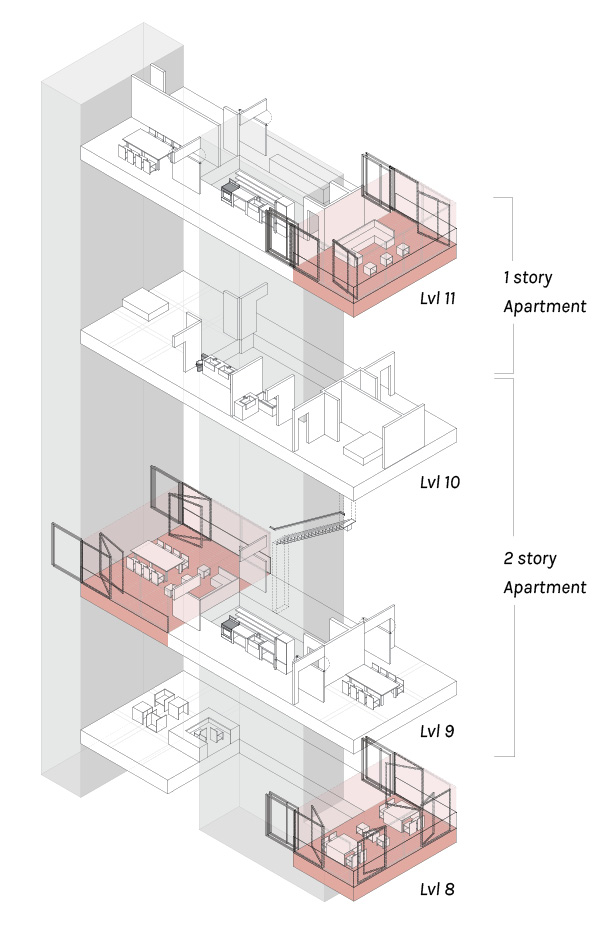 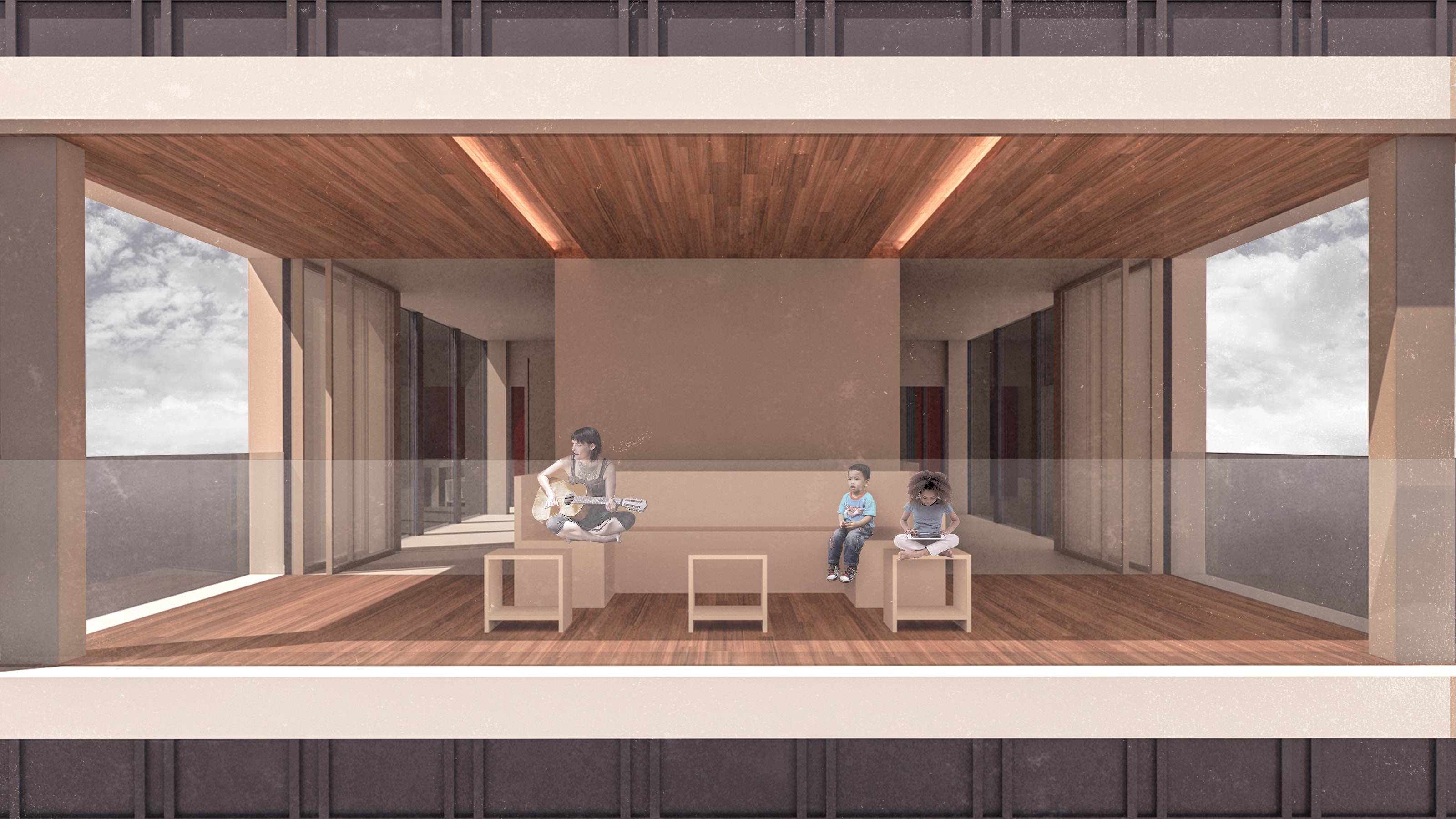 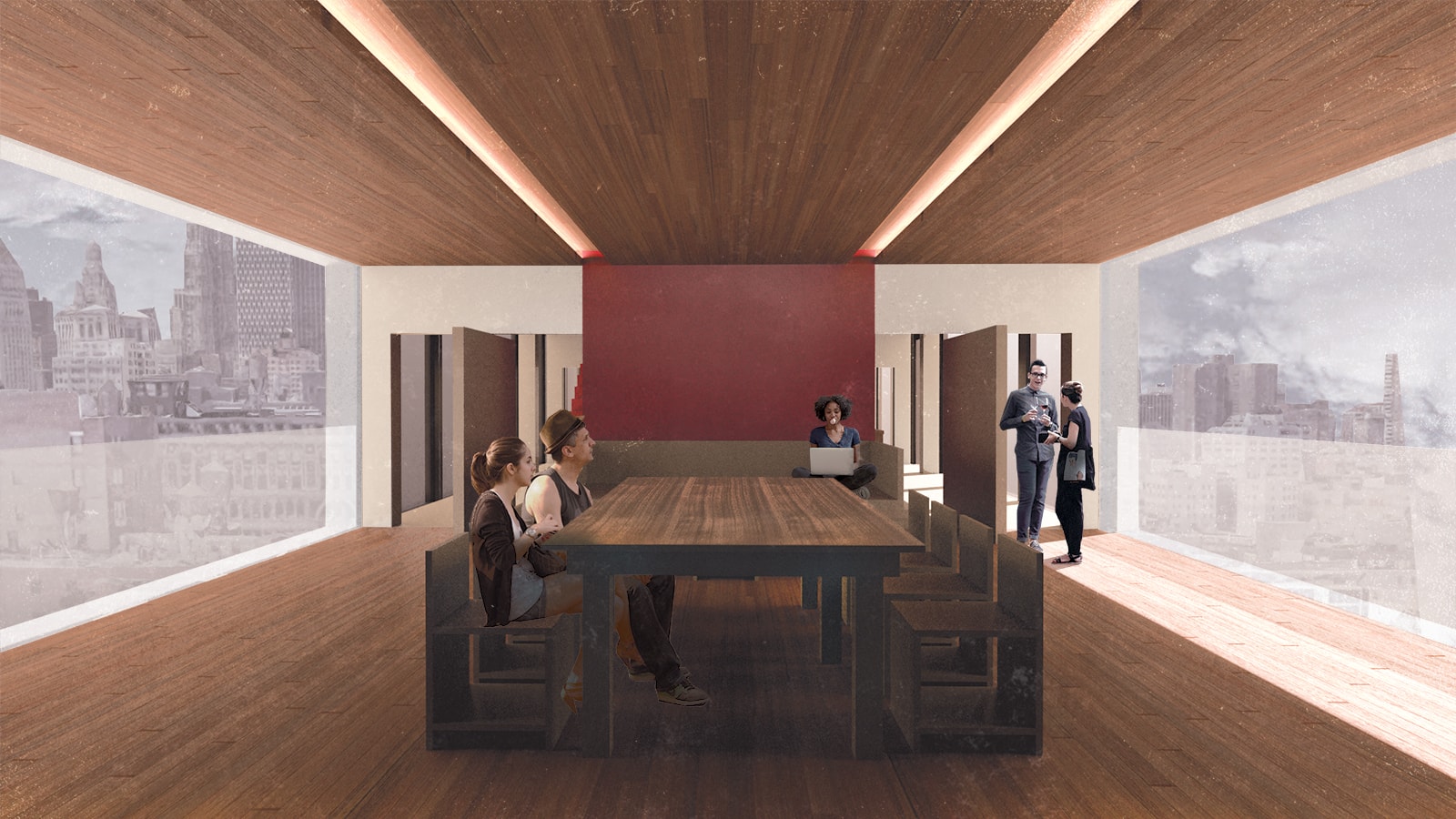 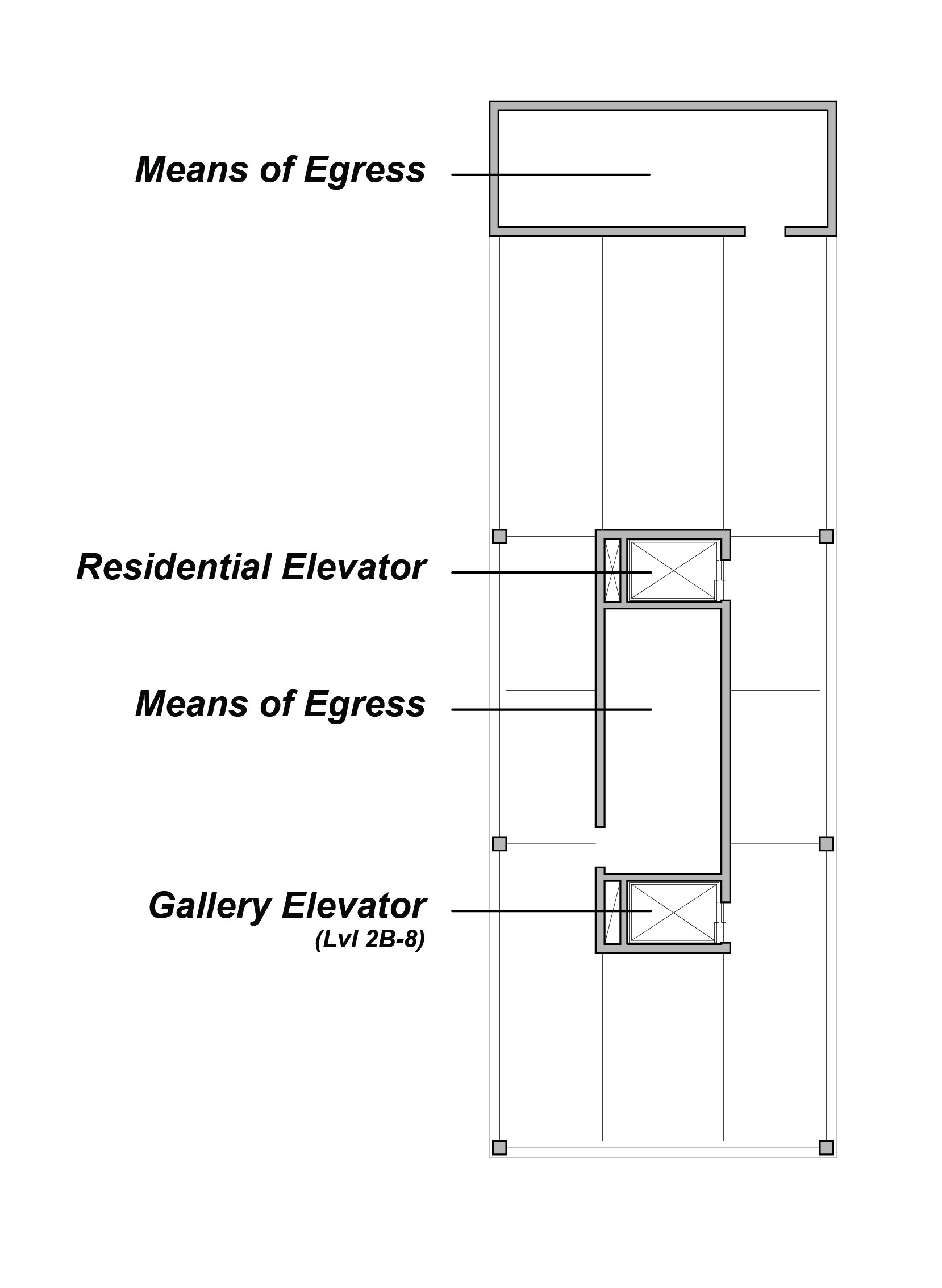 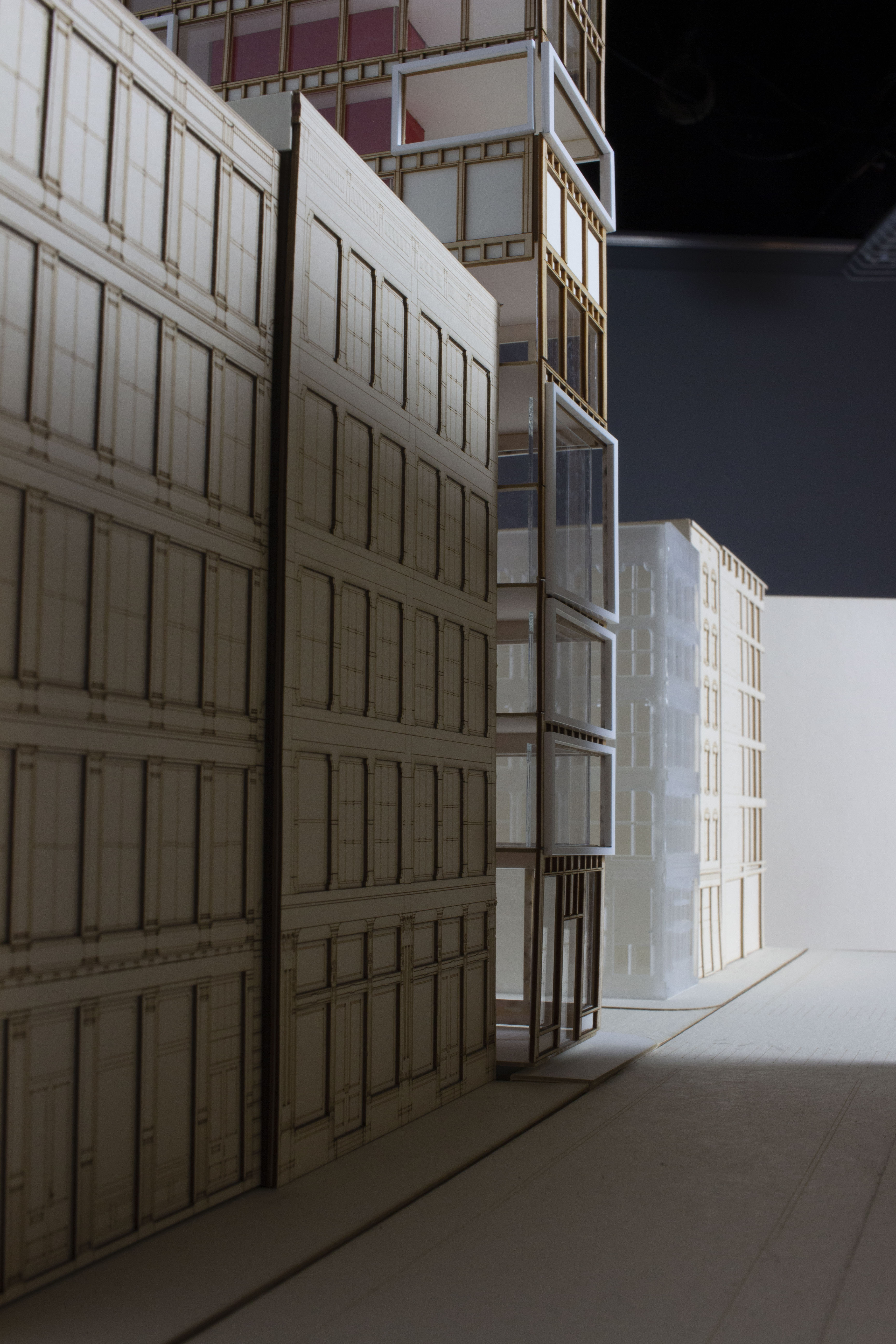 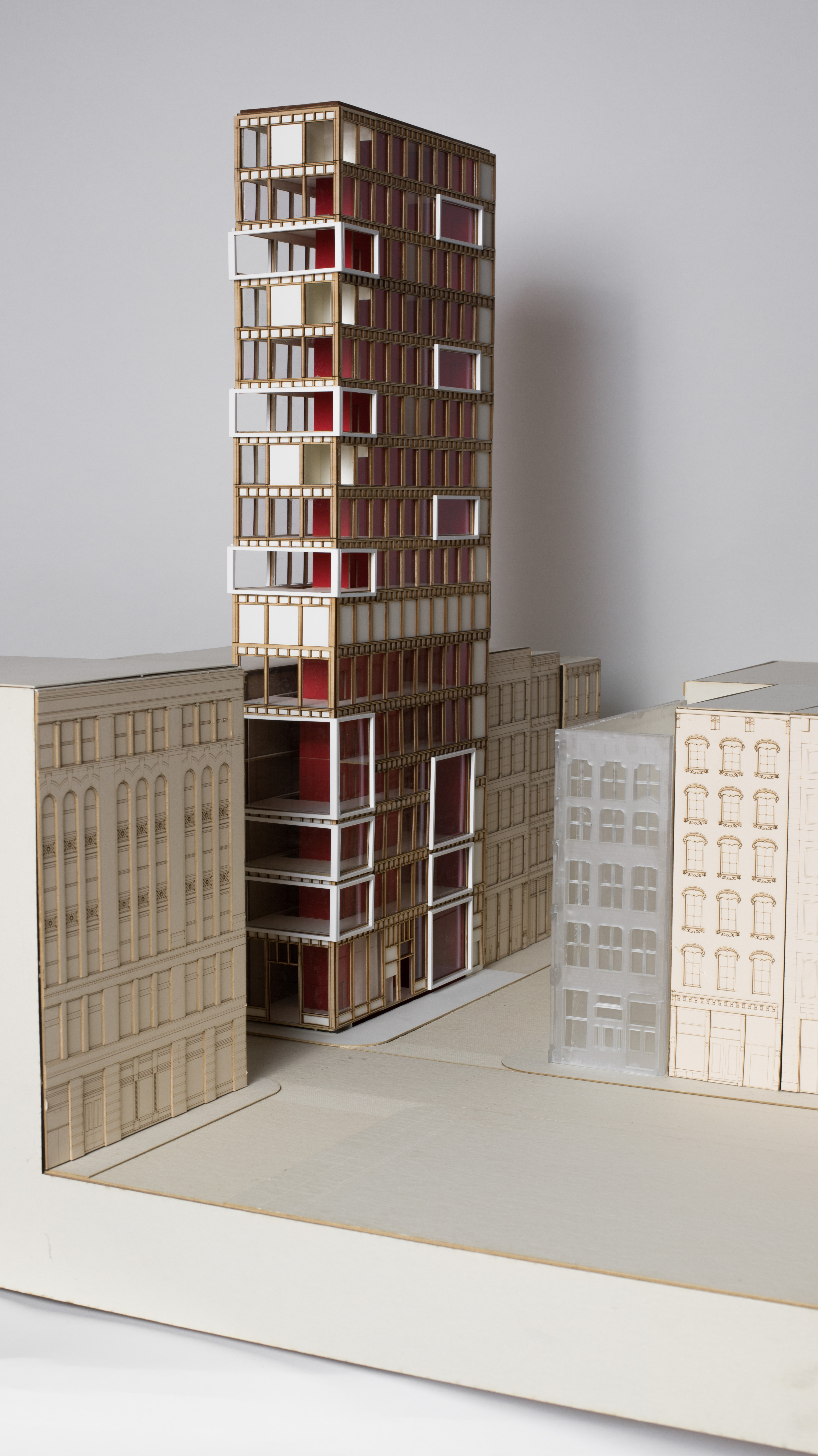 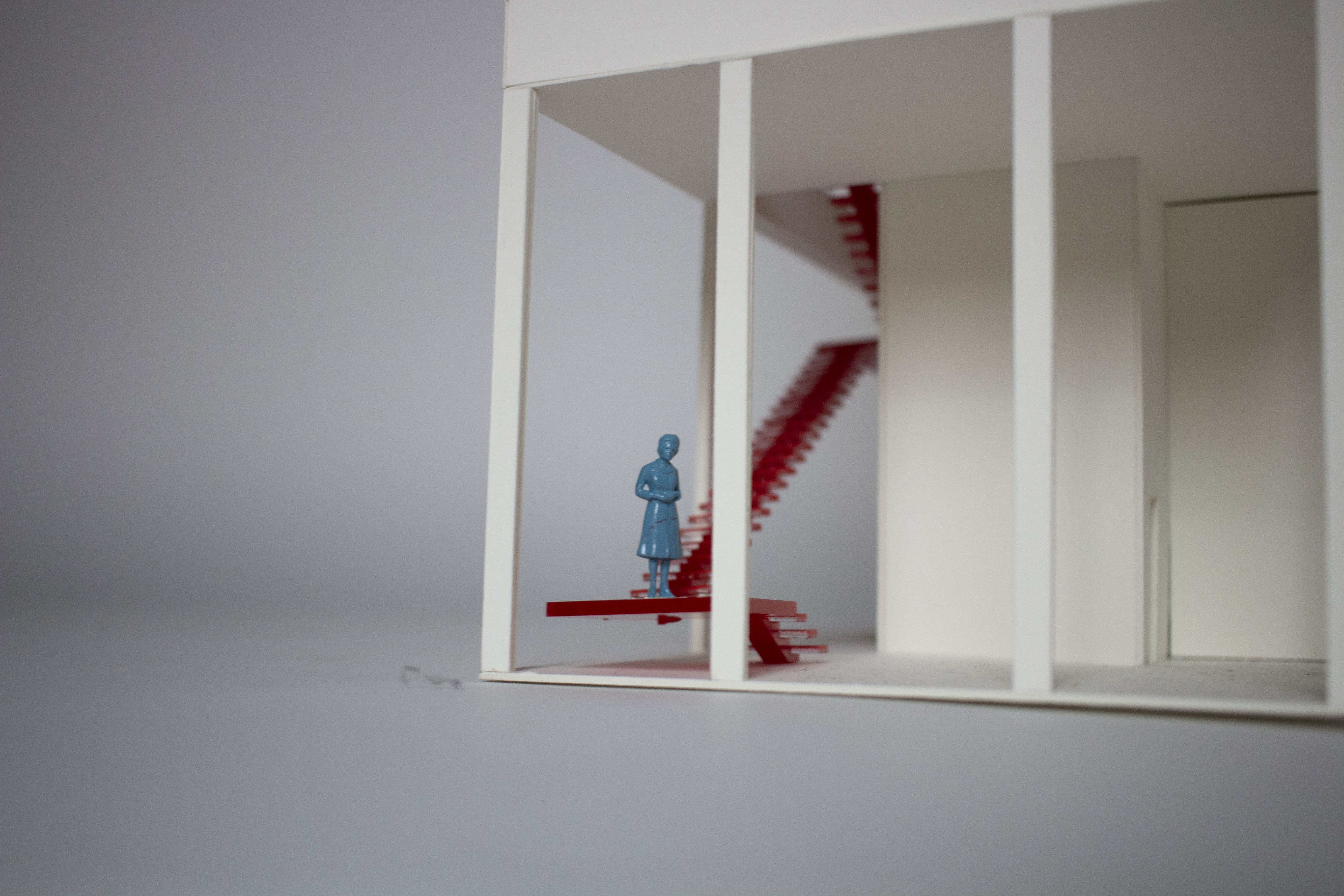